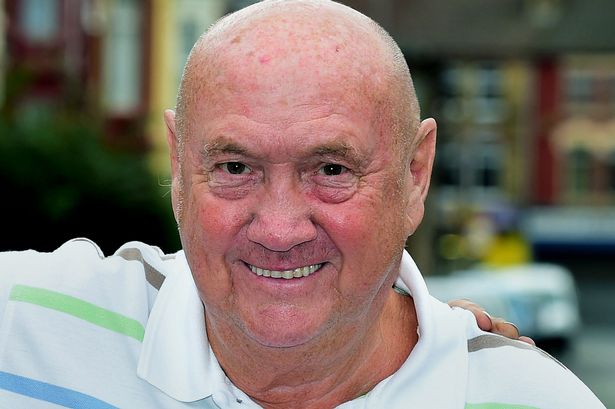 A Liverpool cabbie who organises outings for children in care and families in need joins senior police officers, politicians and business people in this year’s New Year honours list.

Bernie Buxton was awarded the MBE for his charitable services as the founder of the Liverpool Taxi Drivers children in care outing fund. It is estimated that as many as 10,000 children have been taken on trips since the charity was founded in 1985.

He has raised funds for the twice-yearly outings with the support of his fellow cabbies and the generosity of the public.

“It’s been the hardest secret to keep for the last six weeks and I don’t know how I’ve done it to be honest.

“My partner kept asking what that letter from the Government was all about.

“I’ve got the award but it belongs to all the cabbies who have supported me and everyone who has sponsored us over the years and of course all the children themselves because there wouldn’t be a charity without them. I can’t thank them all enough. It’s down to the hard work of everyone.”

He added: “The ceremony is at St James’ Palace in July so I’ve got to get myself a new suit.

“I’m 70 now but I’m a young 70 and I’m going to keep going because I don’t believe in putting my feet up. I want to keep doing this for another 30 years.”

Senior Merseyside police officer, Chief Superintendent Jon Ward, receives the Queen’s Police Medal. He is the second member of his family to be given the accolade, after his brother, Assistant Chief Constable Andy Ward, was given the honour in the Queen’s Birthday Honours last year.

Chief Supt Ward joined Merseyside police as a Constable in 1987, when he walked the beat in Sefton. He is now lead match commander for games at Liverpool and Everton football clubs.

Merseyside Chief Constable Sir Jon Murphy said: “Jon has 28 years’ experience and is held in high regard by his colleagues. I am delighted that he has received this honour in recognition of his commitment and dedication to the police service.”

And there were also many unsung men and women from across the Merseyside region who were recognised for their many decades of tireless work in helping others.

Margaret Hawkes, a foster carer from Bromborough, Wirral, received an MBE for services to children and families. She has been fostering since retiring in 1975 and has helped more than 200 children, almost all with severe mental or physical problems.

Margaret, 77, said: “I see it as an honour for all foster carers. We are often very much in the background with social workers in the foreground and lots of carers don’t get the recognition they deserve.

“I get so much satisfaction from foster caring that I will keep fostering until they tell me not to.”

Geoffrey Williams, who lives in Birkdale, received a British Empire Medal (BEM) for his services to the Southport Talking Newspaper for the Blind.

The 79-year-old said the talking newspaper is “greatly appreciated” by their blind and partially sighted listeners who would “otherwise lose touch with the community.”

Sharon Tinn, a Learning in the Community worker based in Ellesmere Port, was also a recipient of a BEM for services to adult education. She said: “I love what I do and being able to go out in the community and meet people and unlock their potential is special.

“It doesn’t matter who they are – I want to help them make new friends, meet people and do something different.”